We recently celebrated National Apricot Day with a tall glass of Apricot Ale and by making a special dishes that had both apricots and Apricot Ale in the recipe. The meal was delicious and will taste great any time of the year, so we wanted to share it with you. Before we dive in, here’s a tip—The recipe is easy to follow so make sure you buy yourself an extra bottle, or can, of Apricot Ale to enjoy while you cook!

This recipe comes from our Seattle foodie friend Jackie Dodd. She’s runs a website called The Beeroness where she posts amazing recipes that all have beer as a key ingredient. Jackie’s a big fan of Apricot Ale and was really excited to create a dinner dish featuring the beer and dried apricots. Here’s what Jackie says:

Last year I was asked to be one of the beer judges for Sip Northwest Magazines “Best of the Northwest” competition. The job was to sample a selection of beers in small cups, having no idea what they were, and rate them. I was put on the panel that judged fruit beers. We disagreed on a lot, but one beer stood out from the crowd. The beers were all numbered, giving us all a chance to go into the back room after the judging was over and see which beers we loved and which beers we hated, based on the numbers. The one we all agreed on without question was Pyramid Brewing Apricot Ale. It’s light, refreshing and just enough apricot flavor for you to know it’s there, but not enough to abuse you with it, it leaves you wanting more. “I’m not surprised,” said one of the other judges, “Pyramid beer is always solid.” I have to agree. 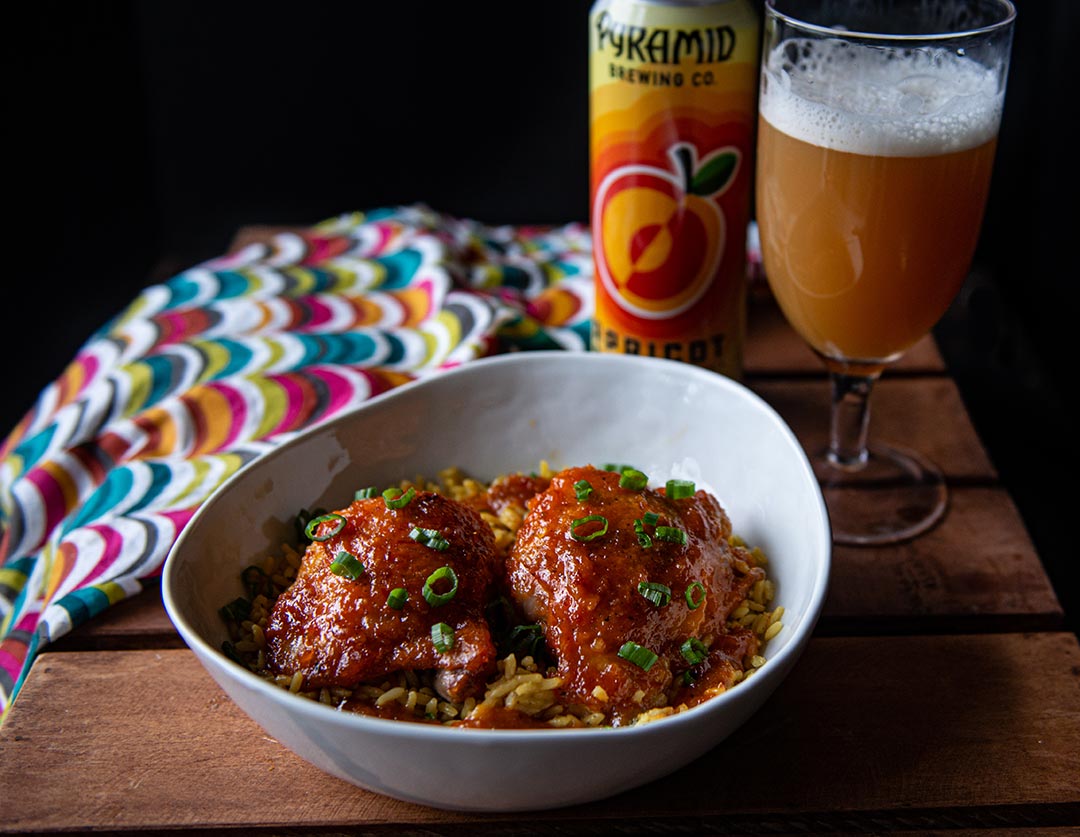 * Sambal oelek is an Indonesian chili paste sold in the Asian section of the grocery store usually next to the Sriracha. It frequently has shrimp paste in it so be careful when cooking for someone with shellfish allergies. 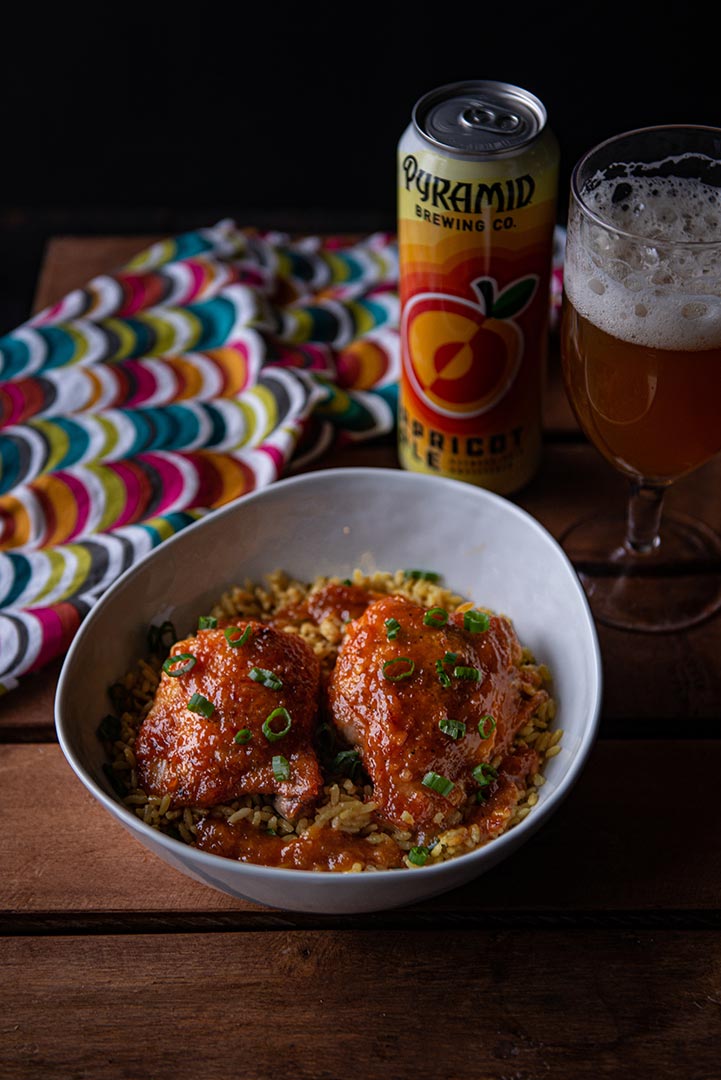